Coach Dave Smith may be the only faculty member at Pine Crest School who can say that he has worked under every School president and every Athletic Director in School history — including time spent on the original campus location on Broward Boulevard.

Getting his start at Pine Crest Summer in 1964, Coach Smith has spent 41 years as a faculty member and 55 summers in various roles.

Born in Cleveland, Ohio, Coach Smith lived in five states before settling in Fort Lauderdale, where he would visit his grandmother as a child and work at Pine Crest Summer.

“Mr. Bill McMillan [former School President] loved the outdoors and wanted to get students outside,” said Coach Smith. “In 1964, the School bought a camp in Highlands, North Carolina. It eventually moved to a location between Hendersonville and Asheville. We were there until the School sold it in 2000. Camp Highlander was a resident overnight summer camp for three, six, or nine week-sessions. We had a number of Pine Crest students, but kids from all over the world attended. I would drive a Greyhound bus from Fort Lauderdale to the camp for students who couldn’t afford to fly there.”

Coach Smith enjoyed working with Pine Crest Summer so much that he would leave whatever job he had every summer to attend.

“After high school, I wasn’t going to go to college,” said Coach Smith. “I started working construction in Florida and North Carolina, but what kept me coming back to kids was summer camp. Whatever I was doing, I would quit and work camp. Then I would find another job and repeat the process the following summer. I ended up enrolling in college at Concordia College in Bronxville, New York. Then took a teaching job in Queens, New York for two years. I stopped teaching and moved around for another three years, then started teaching at Pine Crest in the fall of 1980.”

“Football, basketball, track, softball — I was always connected with Athletics,” he said. I became the Middle School Athletic Director,  a position I had for 20 years until I stepped down to perform more administrative work.”

“I enjoyed teaching the shop class the most. Students had no clue how to use power tools or hand tools,” said Coach Smith. “We did mechanical drawings and woodworking. Students got to do something they hadn’t done before. After 15 years of teaching shop, the curriculum changed and practical arts were no longer going to be offered, so I went on to teach history, which is what my background is in. I stepped in to teach seventh and eighth grade government, which I taught for the next 18 years.”

On what has kept Coach Smith at Pine Crest all these years, he says it was the opportunity to do so much.

“I got to do so many different things,” he said. “I wasn’t pigeonholed into one area or subject. The School has always been a great family-orientated place. It was always a good place to be.”

Reflecting on his proudest moment as an educator, Coach Smith said, “I guess it would be my longevity! There are so many students I have seen through school. I have taught the kids of my former students. It’s interesting to see how their lives turned out. I look around the faculty and I see half a dozen people I had as students as well. This is a rewarding end to my career.”

Touching on the legacy Coach Smith is leaving behind, he says “I hope to be remembered as an individual who cared. I want people to know that I took a genuine interest in the faculty and the students here. When you said ‘good morning, how are you,’ you received a real answer.”

Bearing witness to some of the greatest student-athletes in our School’s history, Coach Smith believes the best part of Pine Crest athletics is that every student can get involved from pre-kindergarten to grade 12.

“We have had big names, like Brandon Knight ’10 [professional basketball player with the NBA] and Kevin Boothe ’01, [two-time Superbowl champion and former professional football player with the NFL] and also had students who played here but not in college and turned into great doctors or lawyers,” said Coach Smith. “It’s interesting to see how students take different paths. Athletics at Pine Crest give students the chance to play and experience. Where else do you have 99 athletic teams in one school?”

Having the opportunity to know so many of the School’s most beloved teachers and administrators, there is one that remains top of mind for Coach Smith.

“I have to go back to Bill Munsey,” he said. “He was the first Athletic Director and football coach at Pine Crest. When I first met him, the School still had dorms. He was a dorm parent for a while and a great coach. He went around and took care of every student. He taught them every position in football and he didn’t try to have an all-star come in and take over. He took the time to coach everyone and prepare them to play.”

Preparing for retirement, Coach Smith is looking forward to his upcoming move to Louisiana.

“It’s a state I haven’t lived in before,” he said. I bought a house where my daughters are, so I will be moving there. I am not sure what I will do once I am there — I guess anything I want to do!”

As a 55-year veteran of Pine Crest, Coach Smith leaves with sound advice, but especially those who will be new faculty to our School.

“Be flexible and listen to people. Be ready to try new things.” 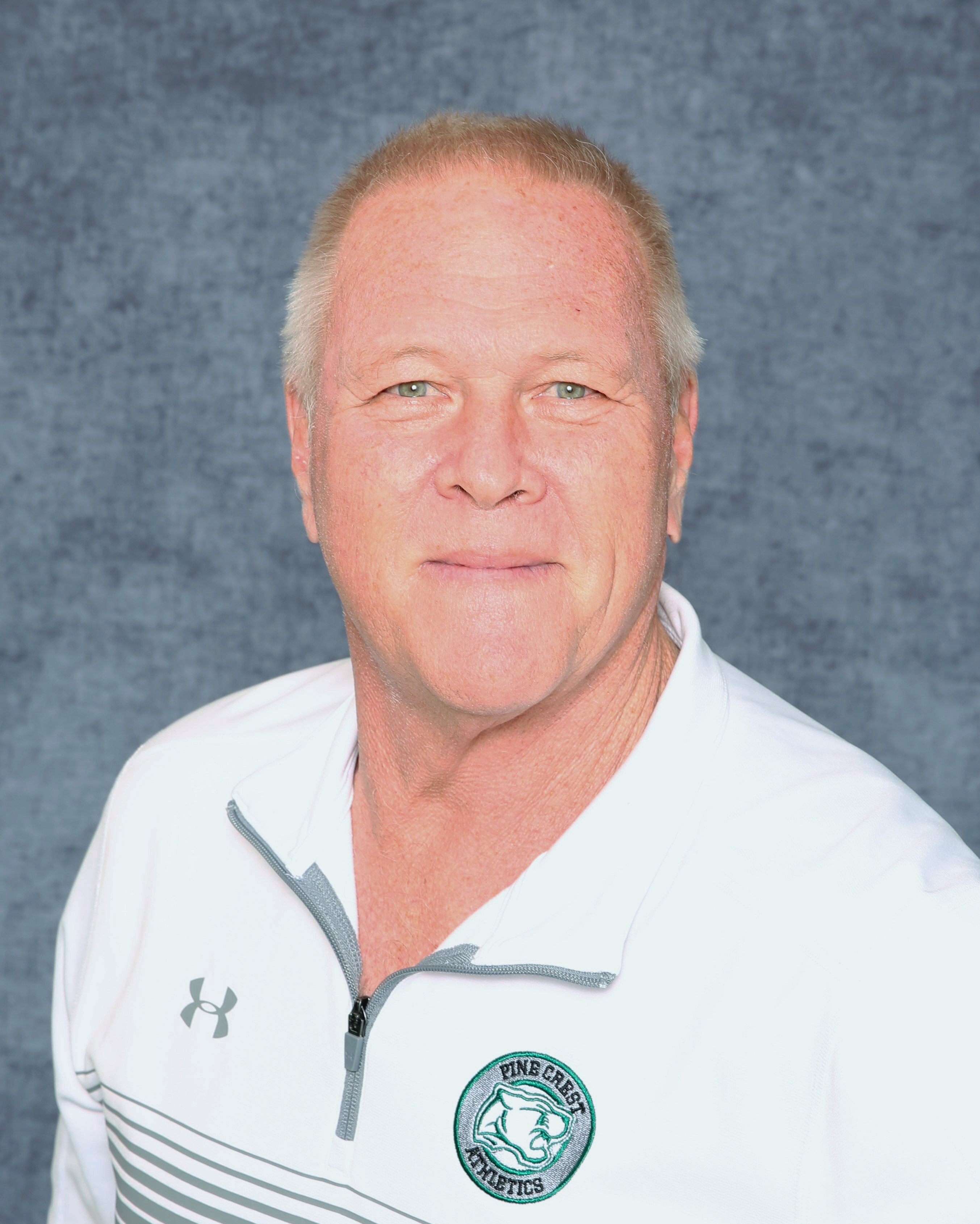