In January 2020, Dr. Daniel Caplivski ’90 and his colleagues at Mount Sinai Medical Center began looking into cases of an unknown coronavirus spreading in China and Europe. Though they had not yet seen a case in New York City, they knew the hospital and city needed to prepare. Very quick action was needed, particularly converting all the hospital rooms within one week to accommodate the overnight hospitalization that local patients with the virus would inevitably require.

He was on call February 29 when a patient, a healthcare worker who had just returned from Iran, appeared in the emergency room and tested positive for COVID-19.

“I knew we were in trouble though when we realized several new cases had originated in Westchester County,” Daniel recounted. “I knew at that moment that hospital life would change dramatically. I went from my daily outpatient routine  to focusing completely on in-patient care and wearing personal protective equipment at all times throughout the day when physically at the hospital.”

To speed response, Mount Sinai launched its own in-house testing. Daniel also quickly turned to telehealth, video conferencing, and phone calls to determine the severity of illness for COVID-19 patients.

“Modern technology has enabled doctors to consult patients by using HIPAA-compliant video conferencing tools, and it has literally been a life saver in this epidemic,” said Daniel.

Daniel and his team raced to find new therapeutics such as convalescent plasma to treat and slow the virus. Researchers were finding that some patients who recovered from COVID-19 had antibodies; they began testing the use of donated blood with these antibodies as a treatment to boost severely ill patients’ ability to fight the virus.

Daniel also noted, “Learning more about the use of convalescent plasma now will help better prepare health care workers if the second wave of infections occurs, as has happened with past viral outbreaks.”

He says his work sadly hit quite close to home:  “I had a college friend whose mother was admitted. She was placed in quarantine, and her son was unable to visit her in the hospital. I was, fortunately, able to relay updates and messages between the two before she passed away in February.”

Daniel shared, “Pine Crest prepared me for many challenges in life by providing access to top teachers in every field. As we confront the daily challenges that COVID-19 has brought to us all, I think a lot about a few particular moments. Around 1989 when the AIDS epidemic was taking hold in the United States, there was a level of fear that permeated every aspect of our life in ways that are analogous to what we are living through today. Dr. Barbara Grosz was our biology teacher then, and I vividly recall when she invited a Pine Crest alumnus living with HIV to speak to the students at an assembly. It took incredible courage for that person to speak to our community and explain what he was living through in an era when we still lacked effective treatments. At the end of his remarks, Dr. Grosz gave him a warm embrace onstage, and it was one of the moments that has stayed with me to this day. It is a disease that even now carries a heavy stigma for those that live with it, but Dr. Grosz was able to set an example by focusing on the humanity of a person rather than allowing them to be defined by the disease they lived with.”

Are you or a fellow Pine Crest graduate working on the front lines through your profession or volunteer service?  If so, please share your story LINK. 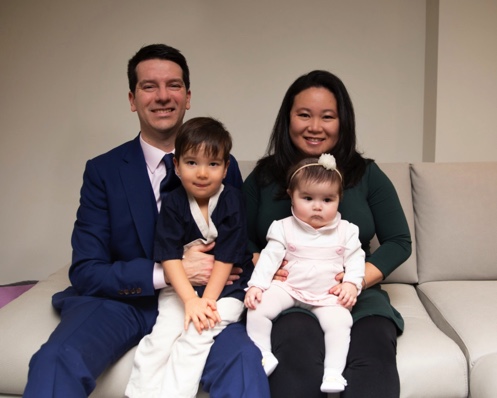