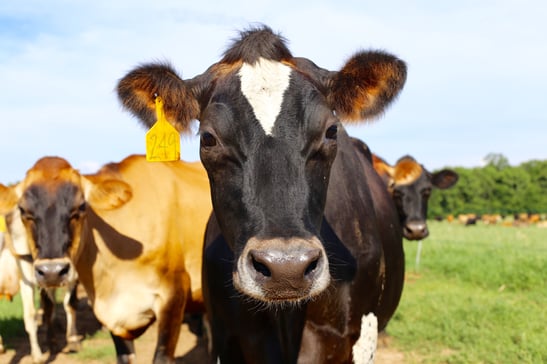 Brad was two years into his degree before he was able to take Introduction to Animal Science. “On the first day of class, the professor asked ‘how many of you are pre-vet?’ I saw most of my peers’ hands go up. I knew there were not many available seats in the vet school and as time went on, while I enjoyed the class, I realized there were more serious students who wanted to become veterinarians than I did. Since I enjoyed the subject, I stuck with it.”

That summer Brad took a course about cattle nutrition that would change the course of his life. “I really liked cattle nutrition, and I found out I could earn a master’s degree in animal sciences specializing in cattle. Since I was one of the only students in my degree program who had not grown up with cattle on ranches or farms, I started taking every opportunity to get as much experience as I could. I graduated with my bachelor of science and rolled into my masters in beef cattle nutrition.”

Things took an unexpected turn for Brad when the professor he was studying under passed away. “It put a speed bump in our program, but I ended up on the good side of things because I met the woman who would become my wife, Meg.”

“When I finished my master’s degree, I applied for some doctoral positions. I enjoyed teaching and had taught during my master’s program, but I was not offered any of the positions I had applied for. Around the same time, Meg’s parents were building their own farm, Cindale Farms. I asked if they would hire me without pay so that I could learn to farm.” 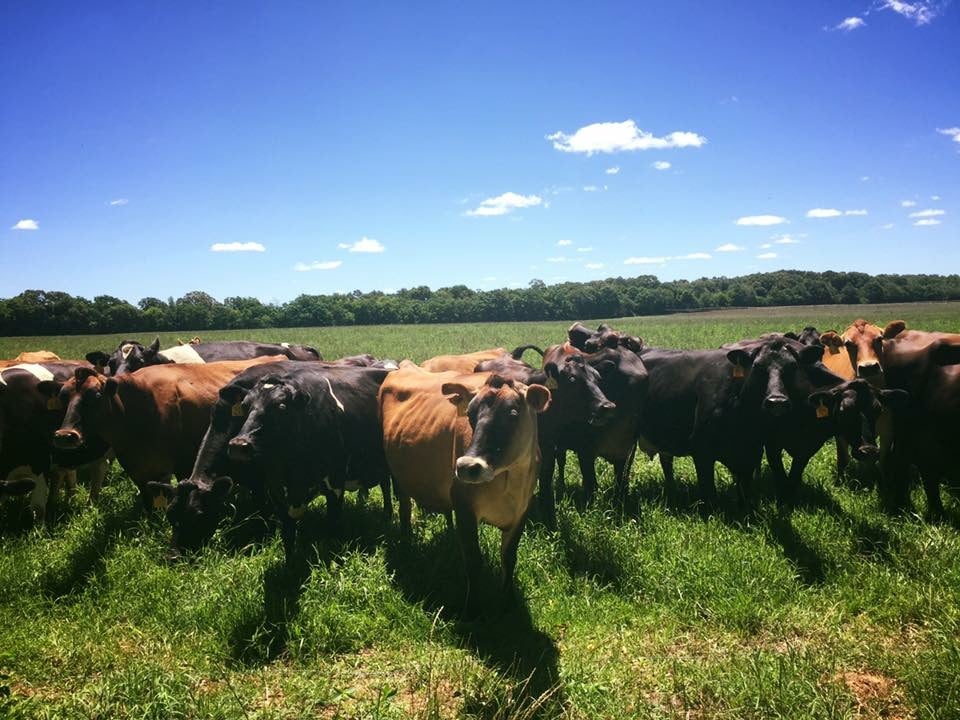 Brad lived and worked at Cindale Farms for six months until Meg got the news she had been accepted to veterinary school at the University of Florida, and the couple returned to Gainesville. “I ran a research lab and began my doctoral program in Beef Cattle Physiology, essentially the feeding and breeding of cattle.

After completing school, Meg began practicing outside of Gainesville while Brad finished his degree. After finishing his degree program, Brad and Meg decided to move back to Cindale Farms to start farming again. “Meg’s parents started training us, and we learned how everything runs on the farm. We ended up co-managing the farm until we decided to start our ice cream business.”

Meg’s sister, Lauren, had been working with a family winery in sales and would become the catalyst for Southern Craft Creamery. “Meg, her parents, and I had wanted to create a value-added product to give us more access to consumers. We wanted to create a product, but running the farm is full time.” 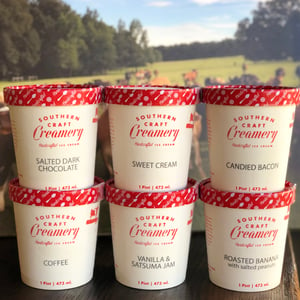 The family took a few classes to learn about the chemistry of ice cream and making ice cream. Despite common practice, Brad and Meg knew they wanted to make an ice cream that is not homogenized or made with stabilizers and emulsifiers - a product that would showcase their milk.

“Lauren spent a year working on recipes, and we finally found a recipe that would let us not homogenize, add stabilizers, emulsifiers or anything like that, creating a simple, clean product,” said Brad. “We sold our first pint in 2013. In the beginning, it was all hands-on. We would work on the farm all morning and in the afternoons, we would go to the creamery and do everything by hand, stamp the pints, add the labels etcetera. We sold pints and pans wholesale, as well as by word of mouth.”

“We focused on chef-owned restaurants or small family grocers - people who pay attention to their products. This was necessary for two reasons; first, we sell a premium product with a premium price, so we needed a market for that. Second, without stabilizers it is a delicate product. We need retailers who will pay attention to it, store and serve it properly. Because these sellers are between us and consumers, we have to be careful about who we use to ensure customers have a great experience with our product. That has always been our goal.”

Our Grand Opening will be Saturday, February 24th from 1:00-8:00. We will have live music, give aways and plenty of fun for the whole family! ** The first 200 customers will receive a free mini cone!** We’re looking forward to seeing everyone!

A post shared by Southern Craft Creamery (@southerncraftcreamery) on Feb 15, 2018 at 8:32am PST

After four years, the family decided to open a retail store for their ice cream. “We finally reached a point where we wanted a footprint in our town,” said Brad. We purchased a building, spent a year renovating it and we now have a coffee and ice cream shop! We officially opened in February 2018, a new venture into something we don’t know anything about, retail and food service.” 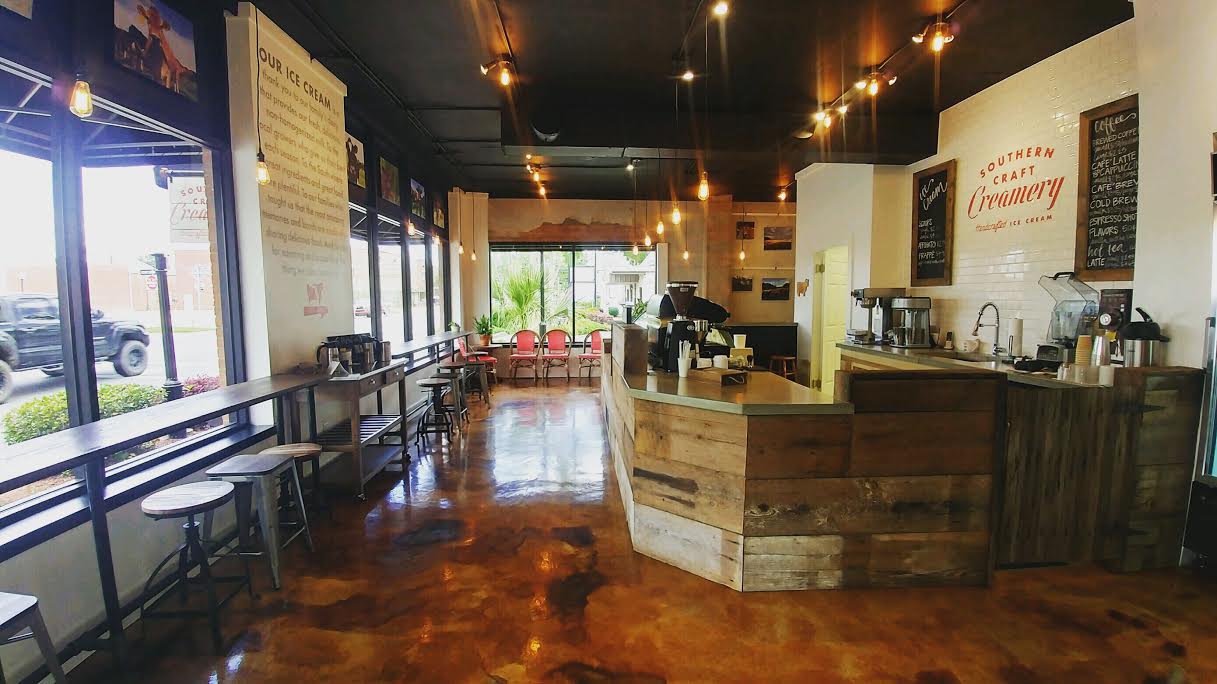 “The retail has gone as well as can be expected. People enjoy it; we have a steady local clientele, as well as travelers from all over the world who visit the nearby state park.”

Wishing all the kiddos a great 1st day back at school today!! Come see us after school tomorrow for a sweet treat, we’re open from 7:30-11:00/1:00-4:30. . . . #southerncraftcreamery #handcraftedicecream #freshfromthefarm #freshfromflorida #icecreamseason #backtoschool

A post shared by Southern Craft Creamery (@southerncraftcreamery) on Aug 13, 2018 at 8:51am PDT

Along with managing the farm and the creamery, Brad and his family are involved in local and national organizations, and lawmakers who regulate the dairy industry. “My father-in-law is the Vice President of our Co-Op,” said Brad. “My mother-in-law is on the board of Farm Credit, a national bank that focuses on agricultural loans. Meg is a director on the Florida Dairy Farmers board.”

“I didn’t know when I graduated the role that politics would play in what I do. But, it plays a large role and we pay close attention to candidates and where they stand on the issues.”

“We are usually in Tallahassee once a year speaking with legislators,” said Brad. “We have been to Washington, D.C., to speak with lawmakers to let them know what we do. There are not many people who know what we do. We feel that part of our job is to let people know what we do and why we do it.”

“If lawmakers don’t know what we do and why we do it, their laws could put us in a bind. Some laws are well-intentioned but misdirected, and we need to educate the public and legislators about what we do because they don’t know.”

In October of 2018, the northwest coast of Florida was hit by Hurricane Michael. The storm was a category four, the strongest hurricane to hit the state since Hurricane Andrew in 1992. “Since Hurricane Michael hit us,” said Brad, “we are trying to figure out the new normal for our farm, creamery, and community as a whole. The level of devastation is unlike anything you could imagine. On the farm, we lost thousands of trees, miles of fences, a few structures, and cows. As a community we have lost trees, homes, businesses, and some of our identity.” 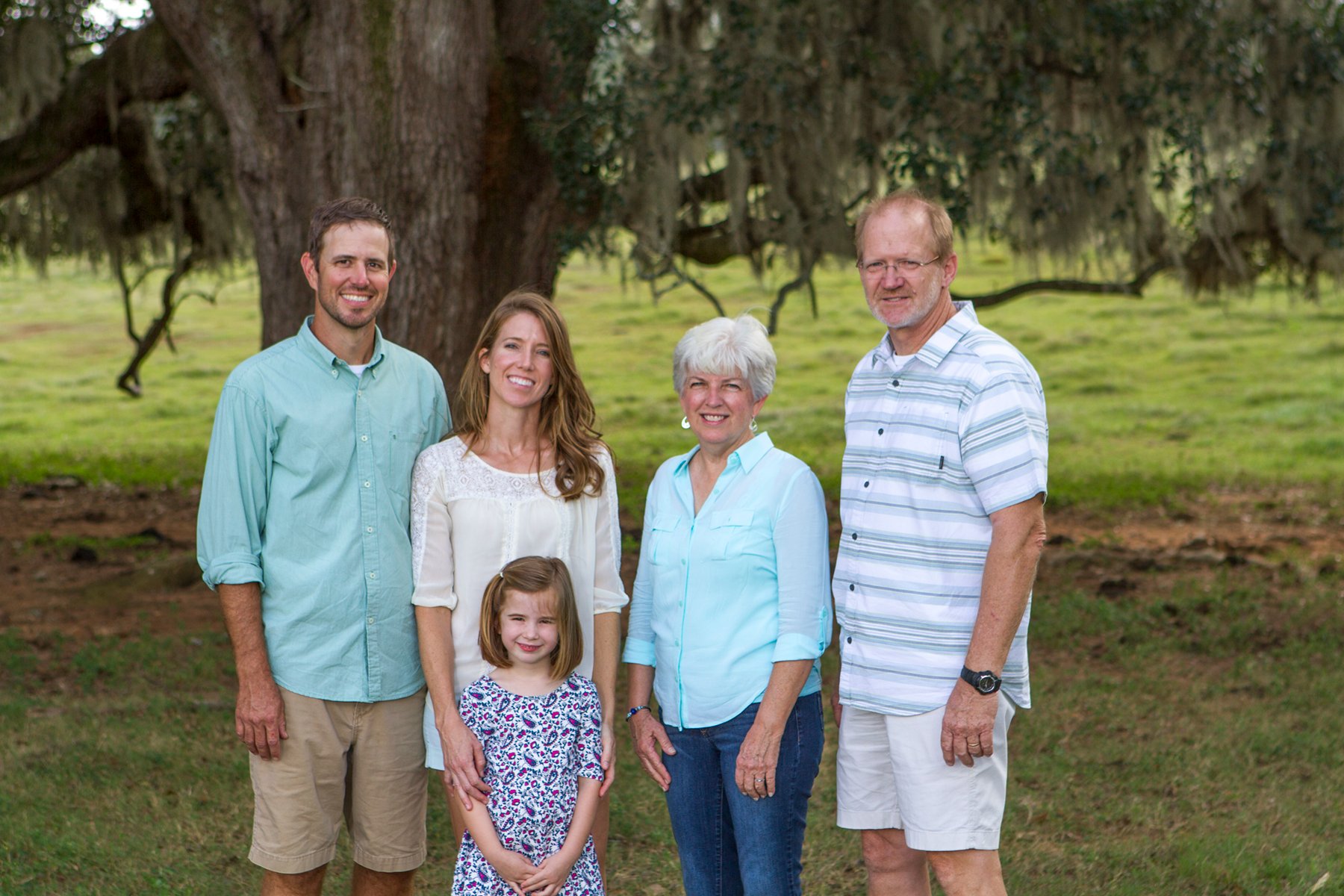 “We know that we will never return to the normal that we had before the storm, but we seek to find a normal now that will hopefully, in the long run, be a better normal than we had. It will take years for our communities in this area to recover. Hopefully, in that time we can continue to prosper and grow.”

Speaking about the biggest lesson he has learned about being an entrepreneur, Brad believes success is about staying true to who you are. “Identify what you want to do and what that brand will be. Once you build it, you have to protect it, one misstep and it is over. More than that, the thing I have learned the most on the entrepreneurial side is overall flexibility. You need to have a plan, but you need to be able to adapt.”

On offering advice for aspiring entrepreneurs, Brad says, “if you go to college, don’t be afraid to try new things, take classes you think may be interesting. Don’t be afraid to do things that make you uncomfortable that is how you can find your true self. Comfortable is boring, there always needs to be a little stress. If things are too comfortable, it means something is probably going to change.”