The Abeles siblings, David ’97, Lynne ’00, and Daniel ’03, grew up with music and theater at the forefront of their childhood. Both parents are accomplished musicians — their mother a singer and their father a pianist — and the siblings grew up with two pianos in the house for duets. 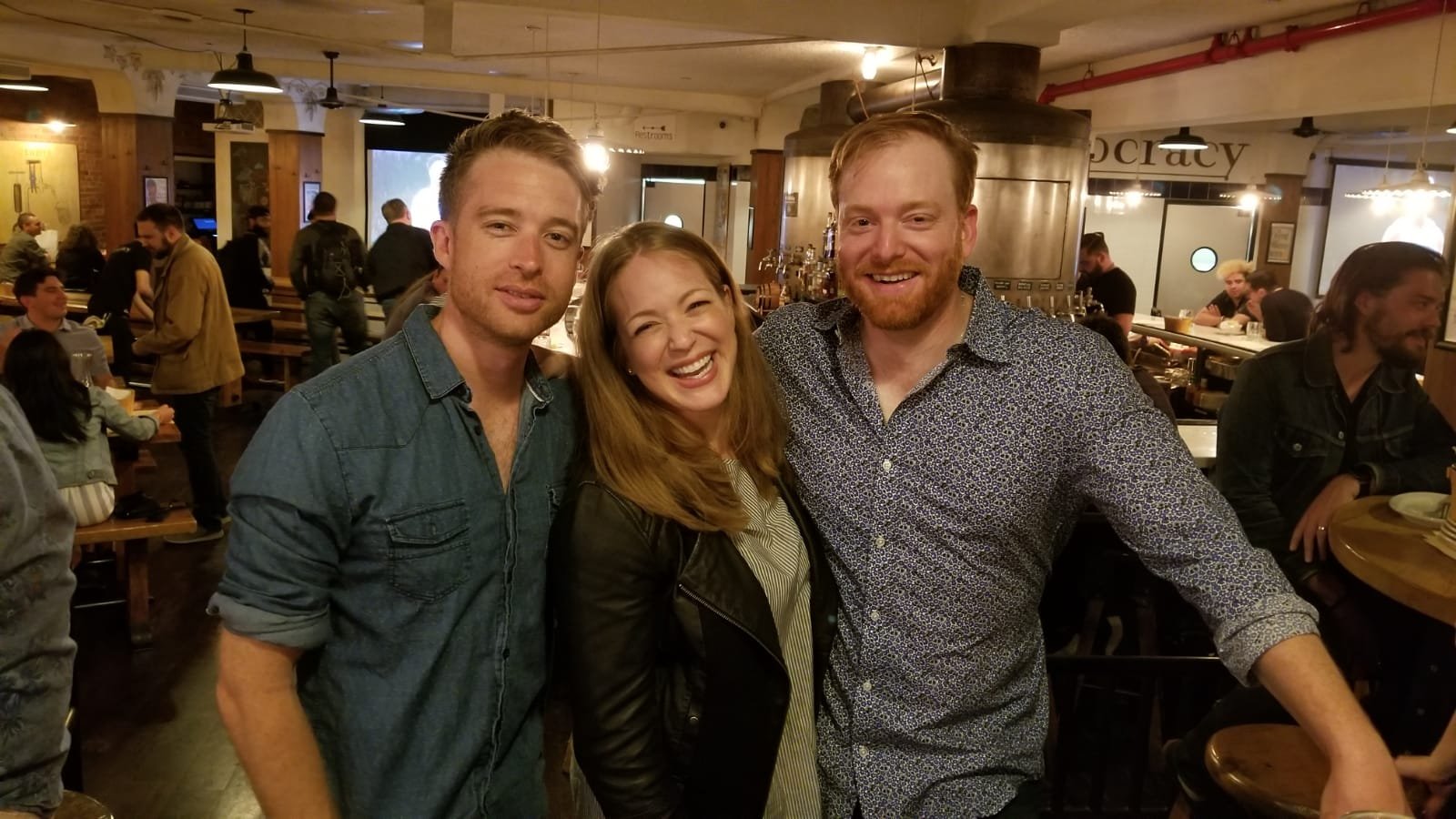 “Our birthday parties always involved improv theater games,” said Lynne. “We would have boxes and things and would have to come up with a scene. We never realized that those were theater games, but it was just what we did for fun.”

David, the eldest sibling, is passionate about the stage. While he has worked on television and film, performing on and off-Broadway is what he loves to do. He began acting because he enjoyed stepping into someone else’s shoes, and it became a way of experiencing different values, emotions, and storytelling. The variety of characters he has stepped into include Jerry Lee Lewis in “Million Dollar Quartet” off-Broadway, Eamon in “Once” on Broadway, and currently Ron Weasley in the “Harry Potter and the Cursed Child” tour’s San Francisco production.

Lynne’s interests and talents led her to concentrate on vocal performance.

“Professionally, I was doing standard opera and then moving into new composition, straddling the line of opera and musical theater,” said Lynne.

New composition refers to contemporary opera, which Lynn enjoys singing because it allows her to explore modern pieces while still using her classical background. Currently living in New York City, she recently performed as the Spanish Lady and the cover for Carlotta in “Phantom of the Opera” on Broadway.

Daniel, the youngest of the three, has taken a more entrepreneurial path, launching his own theater company in New York City with a group of friends in 2010. Running his own company has given him behind-the-scenes experience developing, producing, and editing plays. Living in New York, he enjoys being a part of the theater world, on and off the stage.

Having many combined years of experience, the Abeles siblings share what they have learned about the industry, from getting a part to keeping up energy during a long-running show:

“When preparing to audition for a show,” Lynne believes, “you always have to be yourself. I think a lot of people, because it’s a certain type of show or a certain genre of show, try to present themselves in that genre.” To do that, she says, “Sing something that’s appropriate to the era, and sing something that feels good to sing.” Her advice to auditionees: “Do as much research as you can: reading the script, doing a character analysis, have intention. Every word means something.”

Though each sibling has had a different experience in the theater world, there are a few aspects of a career in the performing arts that they have found to be universal. The schedule of a performer is not your typical 9 to 5.

“On a Broadway schedule,” said David, “Monday is your day off with the rest of the week used for rehearsals. The thing about acting is you can’t really do it by yourself in a box.”

When not working on a particular show, he participates in play readings, workshops with fellow actors, or takes courses in scene studies.

“There is no average day,” says Daniel, “which is the terrifying and most invigorating part of this lifestyle.”

“Even if the show is up and running,” Lynne points out, “there’s still a lot of rehearsals, because there are people coming in and out, always tweaking the show, and they may need to change a little bit of staging.” During a long-running show, “each night, there are individuals one after another filling that house and having that experience, it is important that you bring your best every time.”

When working as a part of a television show, Daniel says, “the free time that you have is very spare, so you want to fill it with restful and valuable activities.”

All three siblings mention meditating, exercising, eating right, and getting enough sleep in order to perform well, and they agree that pre-show nerves happen to everyone. As for ways to decrease anxiety, one of David’s methods is to rehearse what you will be performing.

“Having more confidence because of the work that you’ve put in goes a long way,” he said.

Even if you still feel tense close to showtime, Lynne says to “tell yourself ‘it’s good that I’m nervous because it means that I care.’”

“In terms of us as a family,” Lynne says, “it’s a really awesome thing that we all have this together and we all have unique strengths. Daniel is a very gifted stage actor who also produces theater, and he works in film and TV and does artistic production. He has found a niche in the business. David is a really incredible musician — he plays the piano, the guitar, and he sings, so he’s found this niche in Broadway performing in shows that involve all of those things. I’ve found this niche combining opera and musical theater. What’s nice is that when we all get together, there’s always a piano. It’s a very special thing that brings us all together.”

Each sibling has their own piece of advice for anyone interested in a career in the performing arts:

To become better at acting, singing, dancing, or any other art form, David says “do it more than you think about doing it. Perfection is something that’s out of reach. The more important thing to shoot for is honesty and being genuine.”

"Everyone always stares when you three are together."

Daniel believes “the greatest thing that you can do is remind yourself of one thing every day that is about the craft itself or about the general reasons why you’re doing it, otherwise, you’re not thinking outside yourself, and it can turn into a spiral of comparison and despair.” 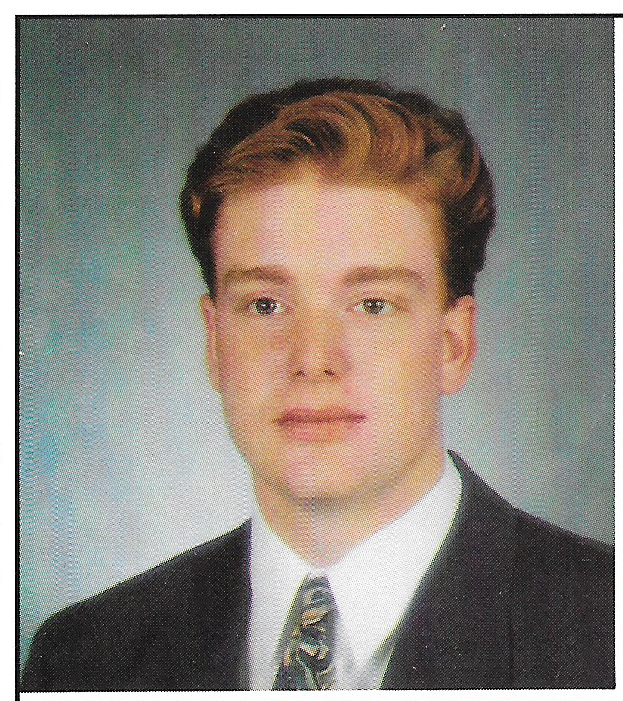 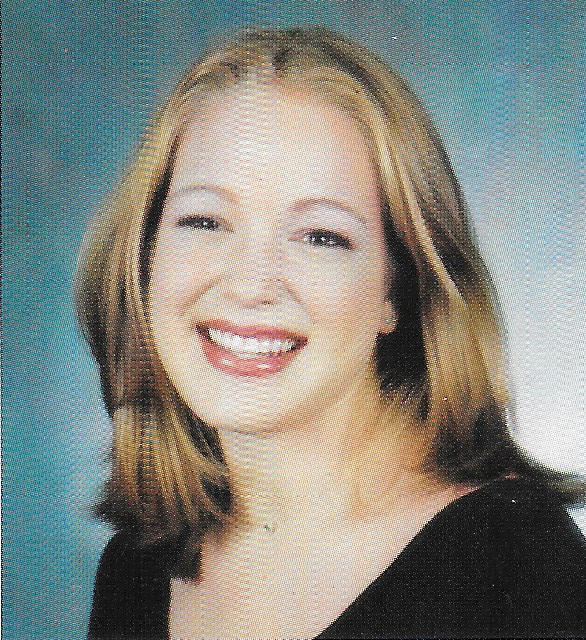